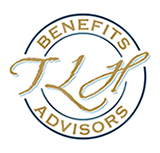 At the start of a new decade, it makes sense to look in the rear-view mirror to better understand where the industry is going.

For drug plans, a crescendo of forecasts have predicted skyrocketing benefits costs, driven by high-cost drugs. That talk has only increased the cries for a national pharmacare strategy to make drugs more affordable.

Looking back at the experiences of our plan sponsor clients, we knew costs were rising, but felt certain they weren’t rising at the rate industry pundits would lead us to believe. So we set out to answer that very question — what was the annual increase in private payer plans across our block of business in 2019?

For background, a large national consultancy recently forecasted a rise in benefits costs of six per cent in 2020, well above general inflation of 1.9 per cent. If this trend is in fact equivalent to the 2019 forecasted trend (also six per cent), the figure would be significantly higher than the 0.8 per cent average increase we calculated on Human Capital Benefits’ group benefits block for 2019. The median change was a 1.35 per cent increase.

Based on that metric, our independent findings seem incongruous with the data from the marketplace. But is it really? We noticed that many surveys ask insurers what they plan to charge each year, instead of finding out what they’re able to charge based on the various market forces that affect pricing. Simply modifying the question would yield very different results.

According to these surveys, blended health trends or inflation in 2019 was 10 per cent. Based on this finding, many private payers would assume costs are rising by double digits. Plan sponsors were also asked to take consolation in the fact that the figure was down from the 2018 reported trend/inflation of 11.92 per cent. A further breakdown of the findings predicted the prescription drug inflation factor would be 10.99 per cent in 2019, while dental utilization for the same year was 5.86 per cent.

In Ontario, the 2019 dental fee guide rose by 4.19 per cent, a figure that didn’t consider the increases in dental utilization mentioned above. That means dental costs for 2019, on average, should have increased by as much as five to nine per cent.

Using the rule of 72, a factor meant to calculate the length of time it takes an underlying asset to double, assuming a six per cent annual increase in costs, plan sponsors’ benefits costs would double every 12 years. Using the blended trend of 11.43 per cent, benefits costs would double every 6.3 years. Surely, if plan costs truly increased at this pace, many employer-sponsored benefits would cease to exist, as business owners would likely find the cost of providing benefits prohibitive. Since the industry has never witnessed these trends in plan costs, it’s fair to suggest that these inflated trend rates are rarely, if ever, realized.

As noted earlier, the 2019 annual premium change of 0.8 per cent for our group of plan sponsor clients was based on the data for more than 40 private-payer clients. This figure was much improved from the 2.92 per cent average increase in 2018 (with the median increase at 2.65 per cent).

Looking at the results from Mainstay Insurance Brokerage Inc., another independent brokerage with a similar number of small- and medium-sized businesses, we noted similarities in its numbers, even if those figures were more attractive than ours. According to Dave Patriarche, president of Mainstay, the 2019 change for his block of plan sponsor clients was a decrease of 1.4 per cent. These are fantastic results in the context of the earlier trend survey results, which suggested that blended average health and dental factors alone in 2019 would be an 11.43 per cent increase.

Read: Four ways to start the benefits year off on a good foot

Looking at earlier results, in 2018, Mainstay’s average group benefits plan costs increased 2.6 per cent, compared to 2.92 per cent for HCB. In 2017, Mainstay and HCB again experienced a similar spike in average premium costs, with their average increases rising to 9.4 per cent and 7.91 per cent, respectively. In 2016, both firms saw a disconnect in the annualized change — where Mainstay experienced an average 3.2 per cent increase, HCB plan costs rose an average 7.1 per cent.

The disparity between “the sky is falling” hypotheticals and the real world perspective uncovered by looking at the two blocks of business over the last four years is likely consistent throughout most similar brokerages. Their advisors challenge the trend and inflation factors, arguing that the sky isn’t falling and the usage trends for employer-sponsored benefits plans have some correlation with the consumer price index.

If costs were to rise in the unmitigated and unchecked “wild west” fashion that these blended health trends/utilization suggest, employer-sponsored plans would cease to exist.

Plan sponsors shouldn’t go any further than their respective pharmacy benefits managers who adjudicate drug plans and annually provide retrospective views on the annualized cost increases seen on the adjudicated block. There, plan sponsors will see that Telus Health reported a flat growth rate of zero per cent in Canada in 2018, while Express Scripts Canada saw an increase of just 0.9 per cent that year.

Of course, drugs only represent 55 to 65 per cent of the overall health spend. Clearly, paramedical spending has been on the rise over the last few years, but that doesn’t explain how cost escalations in those areas would equate to the combined 11 per cent increase in trend/utilization that many insurers include in their annual renewals.

Once again, the devil is in the detail and it’s incumbent upon plan sponsors to challenge the assumptions contained in all reports. They should be requesting numbers from their own advisors, if only to benchmark their plan performance and to question the validity of these assessments of the marketplace.